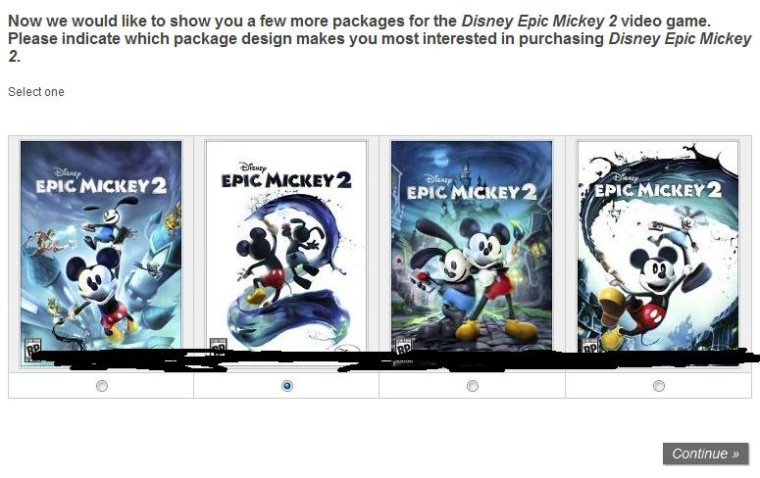 Epic Mickey was not received too well when it came out. Did it sell well enough to warrant a sequel anyway?

Apparently Disney is considering it, as they started online marketing to see if there is interest, including multiple cover art and title choices.

Current plans seem to be a release on Wii, PS3 and Xbox360 and the option for two player coop with one player controlling Mickey and the other his “older brother” Oswald.

Maybe, if this game makes it out of the marketing-phase, Disney will deliver on Epic Mickey’s promise, as the art and everything they showed people before the game’s release looked gorgeous. We can only hope.