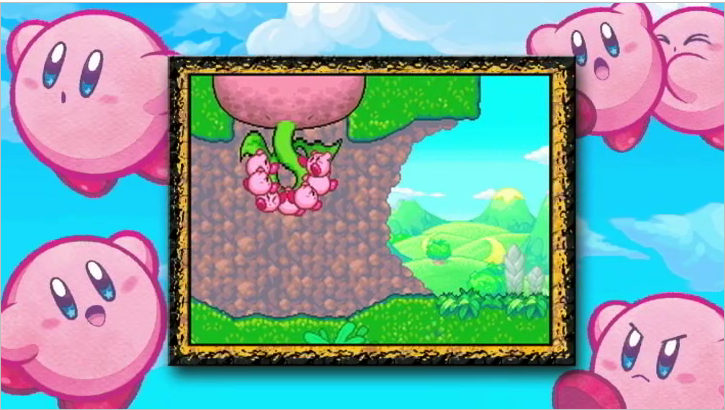 Remember that new Kirby game that was announced not too long ago? It’s called Kirby Mass Attack and it has a new Trailer.

You can view the beauty here  and also look at some screenshots. The game obviously isn’t going to be a traditional Kirby, but as Canvas Course has proven, that is far from not a bad thing. It looks as adorable as ever except with (maybe not quite) MILLIONS of him! How can that go wrong? It can’t! The music in this trailer is not so great though, which is especially surprising because I usually love Kirby themes a lot. Let’s just hope not all music ingame will sound like that and eagerly await this game’s release. Let us also pray that it will come out somewhere we can get it.